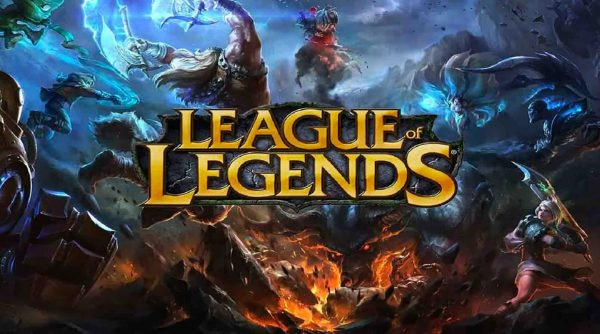 To improve in summoner’s rift, you should find a champion which you are the best with. Each champion has different mechanics and playstyles. To win your own lane, you should “farm” or get kills on minions, which results in you receiving gold (in-game currency) and experience. Use pings to communicate with your team. If you feel as if you’re behind and the enemy is stronger, ping for your jungler to assist you with a kill against the enemy champion.

It will make them die and cause cooldown before they can get back to the lane. During this cooldown, the dead enemy champion won’t be able to receive gold nor experience. Another important action to take is “roaming”. It means that you go to another teammate’s lane to help them in assisting in killing the enemy champion.

After you have taken down the turret of the enemy’s lane, your lane phase has ended, and you should roam other lanes as many times as you can. When they are done with their turrets, the team should start focusing on completing the objectives.

The objectives are taking down the turrets of the enemy’s lane, killing the dragon, getting the soul, killing baron, killing the elder dragon, destroying the inhibitors. The completion of these objectives gives your team a major upgrade, meaning, that your team will be much stronger than the enemy team.

And lastly, to win the game you must destroy the enemy nexus. You can do that by destroying the turrets and inhibitors first.

How to play Aram?

Aram is also a battle game, but the difference is, that there is only one lane to fight in and you can’t choose the champions you want to play. This game mode helps you to improve with random champions, which you usually don’t play. Sometimes you receive a champion that you are already main. Or you can switch with someone from your team during the lobby phase in case your teammate gets a champion you’d like to play.

To win this game mode, you and your team must dodge the attacks of the enemy team while successfully dealing damage to them. There are two turrets, one inhibitor, and one nexus. Your team’s objectives are taking them down to win the game. You shouldn’t focus on dealing damage during the early phase of the game, instead, try getting some kills on minions, to get some experience and gold. This will help you to carry your own game, in case if any of your teammates are behind or cannot play the champion they got.

How to play team fight tactics?

This game mode is much different than the other ones. In this game mode, you must pick multiple champions. Each champion has a class- assassin, mage, light, etc. When you put the right number of champions from the same class on your battlefield, you will receive a buff. Champions start as level 1; they can be leveled up. To level up a champion, you must collect 3 of them, then they automatically upgrade. To level up even further, you must collect 3 champions of level 2 to get a level 3 champion. And this goes on.

Champions also can be buffed with items. Sometimes you have bonus fights against non-player characters. They will drop either coins or items. These items combined can give a random champion a special ability.

What is League of Legends Boosting?

There are many differences between them. Currently, the available game mode is URF (Ultra Rapid Fire). In this game, mode champions receive a significant cooldown reduction to their abilities. This game mode, unlike other ones, is purely for fun. To win this game mode, you should pick a champion, that has great range, already low cooldown, and do major damage with little abilities used.

The special edition game modes vary on the season.

What else improves the game?

The game can be improved by purchasing different skins. Some skins help you to see better the abilities you cast. Also, they make the game more enjoyable for you. If you are new and you want to quickly achieve a higher level, buying a boost will come in handy. Boosts give you experience, which lets you achieve a higher level easier and faster. When you get higher levels, you will be able to play with more experienced players.

Ask your friends or join a community on discord or any other app to join your game. Having another very good player, besides yourself, is a good advantage and will result in more wins with time.

There are a lot of YouTubers and other bloggers, who teach you how to improve your gameplay. Watch them as they are very helpful, and their videos contain a lot of good and valuable information. There you will find guides on how to correctly build items on your champions, different in-game mechanics, how the champions available differ as well as the new and upcoming updates of the game.